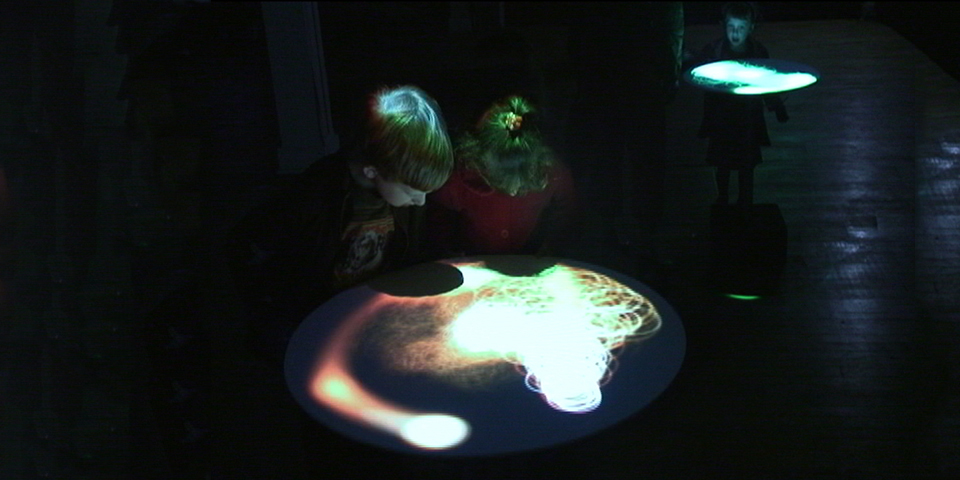 “PAN” is an interactive visual installation that facilitates collaborative performance. It provides a space for delightful activities that invites the audience to participate in its synthetic movement. By interacting with a tangible Pan interface, the installation renders tabletops with a new aesthetic that is generative and organic. This project was my MFA thesis work.

The title of this work, Pan, is an Korean word that has several different meanings such as a plate, a disk, a place, a stage, etc. This word instinctively stands for a plate that is matching to the interface of the work, at first hand. But the plenty of its meaning is lying on the spatial definition. Korean folks set Pan for a delight performance where people gather. The public are invited to join and enjoy all together. In this work, Pan is implying all these meanings and accommodating activities by giving a tangible interactive medium. Live activities in tradition are interpreted as softened dynamics in visual. More details in written thesis (pdf). 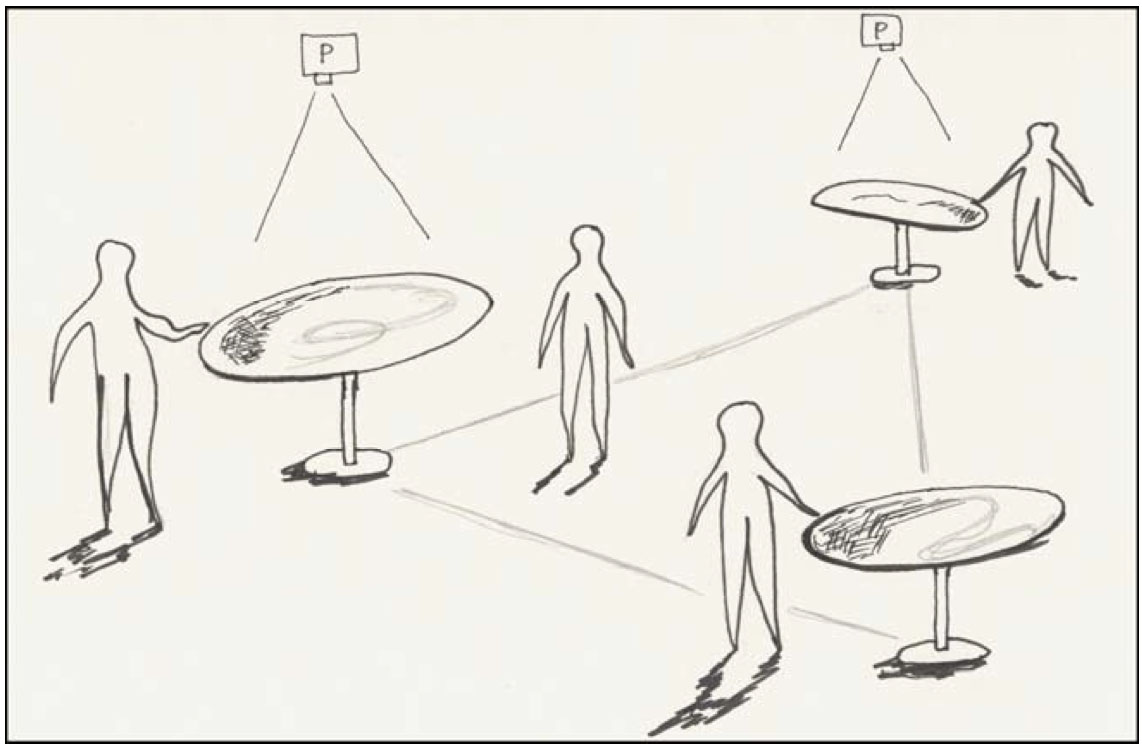 One of the most challenging part of this project was a design of physical Pan interface. Since I wanted to make it playable, it was not easy to build such a decent sized table top mechanically. In terms of movement, the interface requires 3DOF of rotation. A user should be able to rotate a table top and tilt in some degree in any direction. After many iteration of design trial and error, I finally managed to build the final version. It is composed of lazy Susan style bearing to support rotation and vertical spring dampers for tilting.

As far as sensors and micro-controller concerns, I made some hack to very old mechanical ball mouse to detect rotational speed (see below left image). In addition to the hacked mouse, there is a small circuit with sensor to detect table angles. Then, all components in the box connected to micro-controller via ribbon cable. As you can see in the right image below, there is also a speak in the base to render local sound effect for each interface. Base plate was wrapped with nice and clean black box during showtime. Finally, serial communication cable runs to the host computer to communicate with a visualization application.

For the exhibition, I wanted to make the show floor as clean as possible. There should be only table interfaces nothing else. Therefore, I mounted all three host PCs in the ceiling to hide them.

Pan Visualization Concept
Pan’s visualization was rooted from one of Korean traditional performance, Sa-Mul-Nol-I. It is a group performance in public space cheering people for good harvests and other social events. This is well fitted to my concept of installation along with its title. I wanted to create some social, pleasant, group interaction with newly designed interfaces. Below images show an example of this performance.

As you can see in the pictures, there are some pleasing element of this performance. A ribbon mounted on hat. Performers move and turn their head to form aesthetic visuals in the open air. This is what I imagined as motif of my visualization. As users interact with table interfaces, those interactions turn into momentum to draw abstract visual element on the table surface. Below images illustrate some of early prototype visualizations.

In the final design of visualization, I implemented three distinct visual shapes to represent each three interface’s active visual generator. While one interacts with one table interface, the others also can see its visual representation on their own table top. All three interfaces and visual components work all together to create a live collaborative performance.

Screenshots from each PAN interface 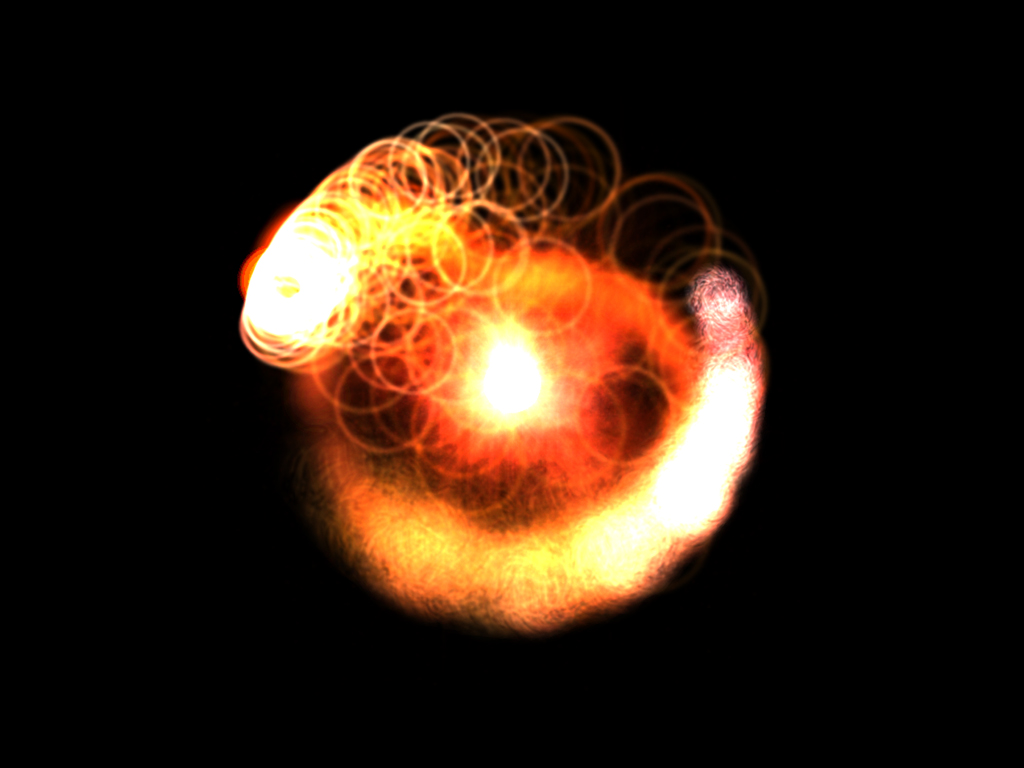 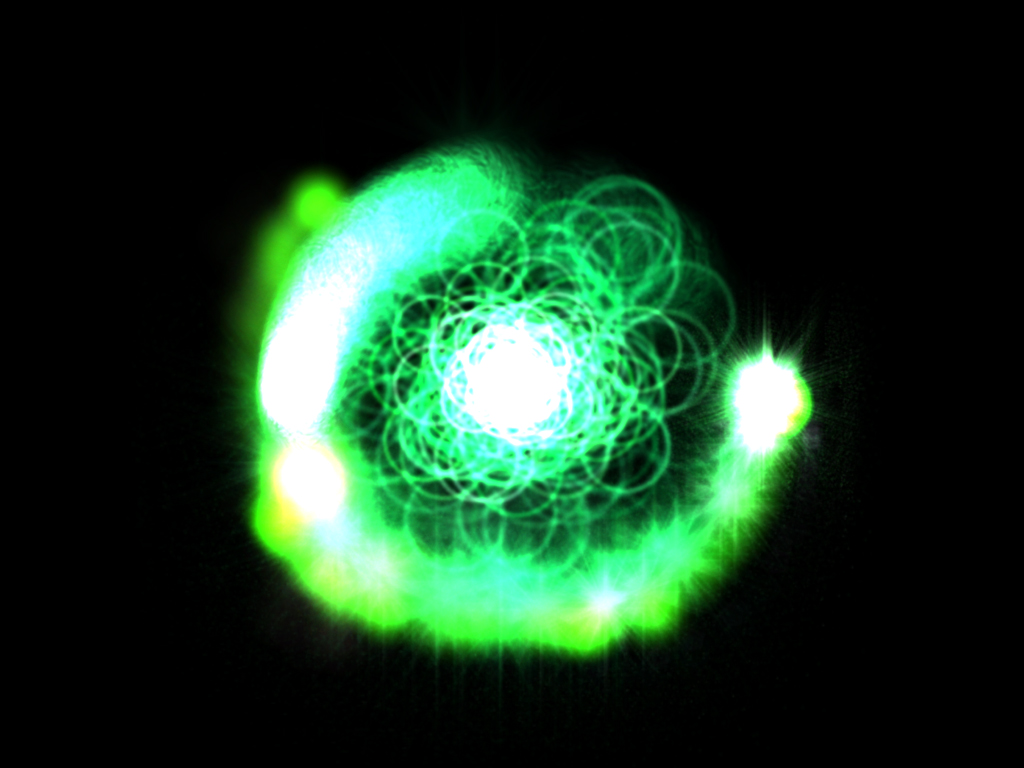 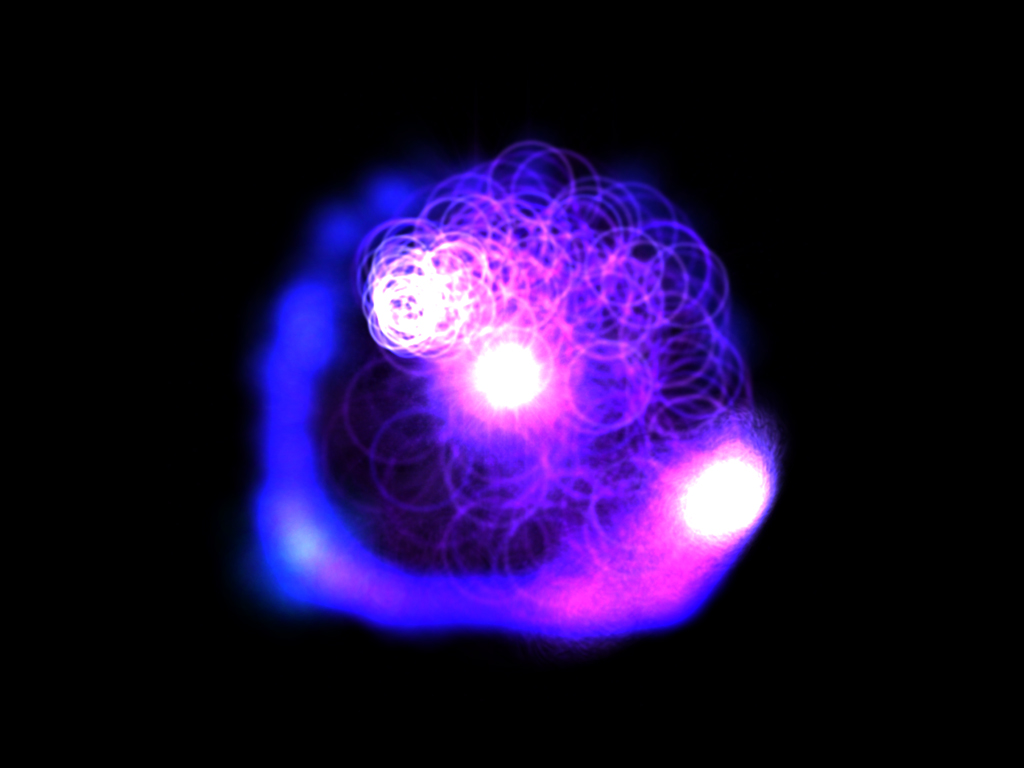 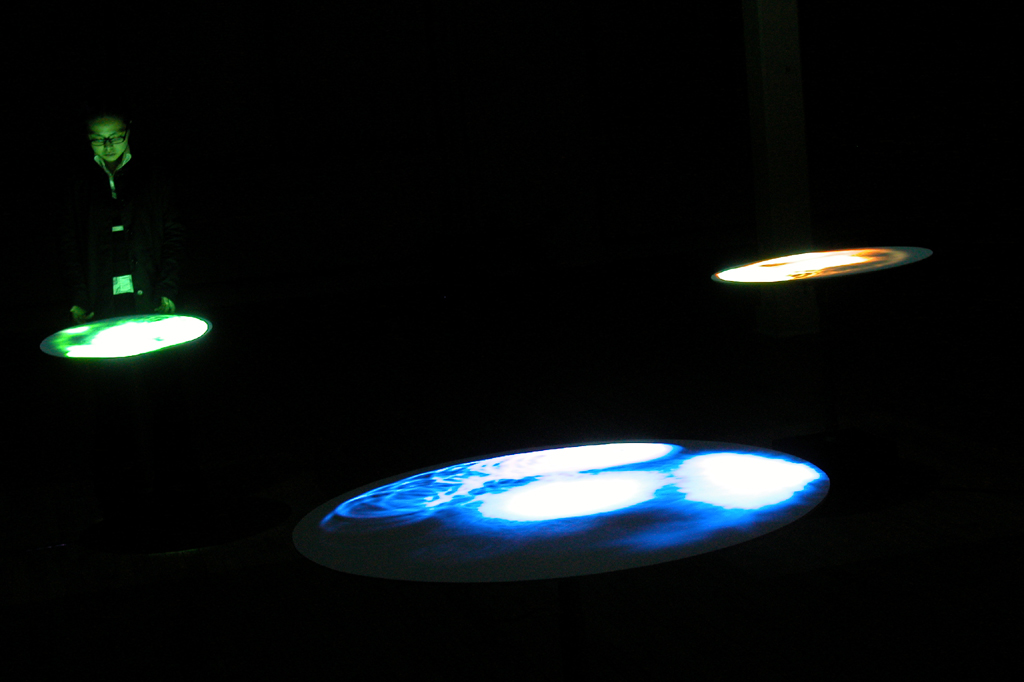 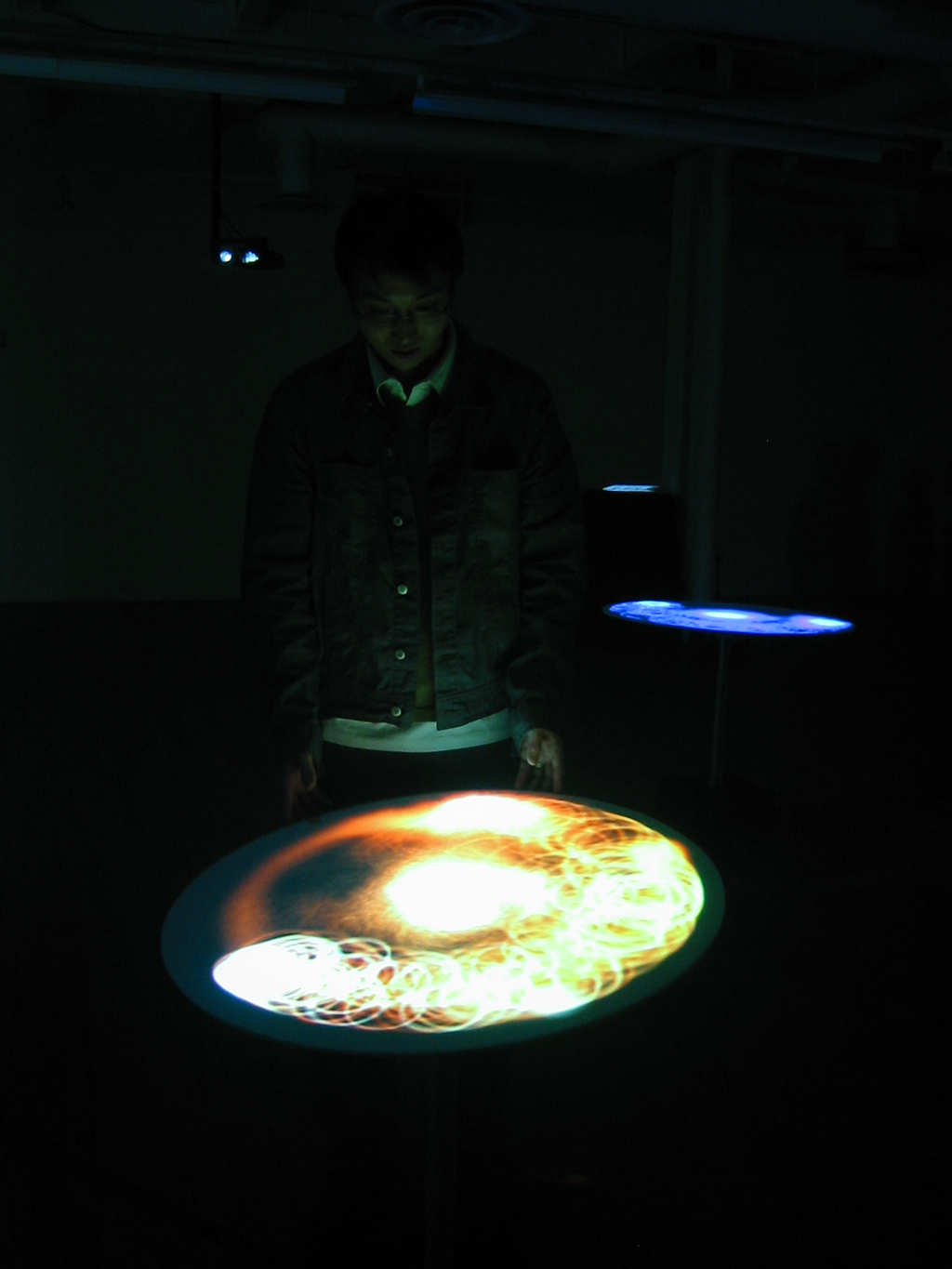 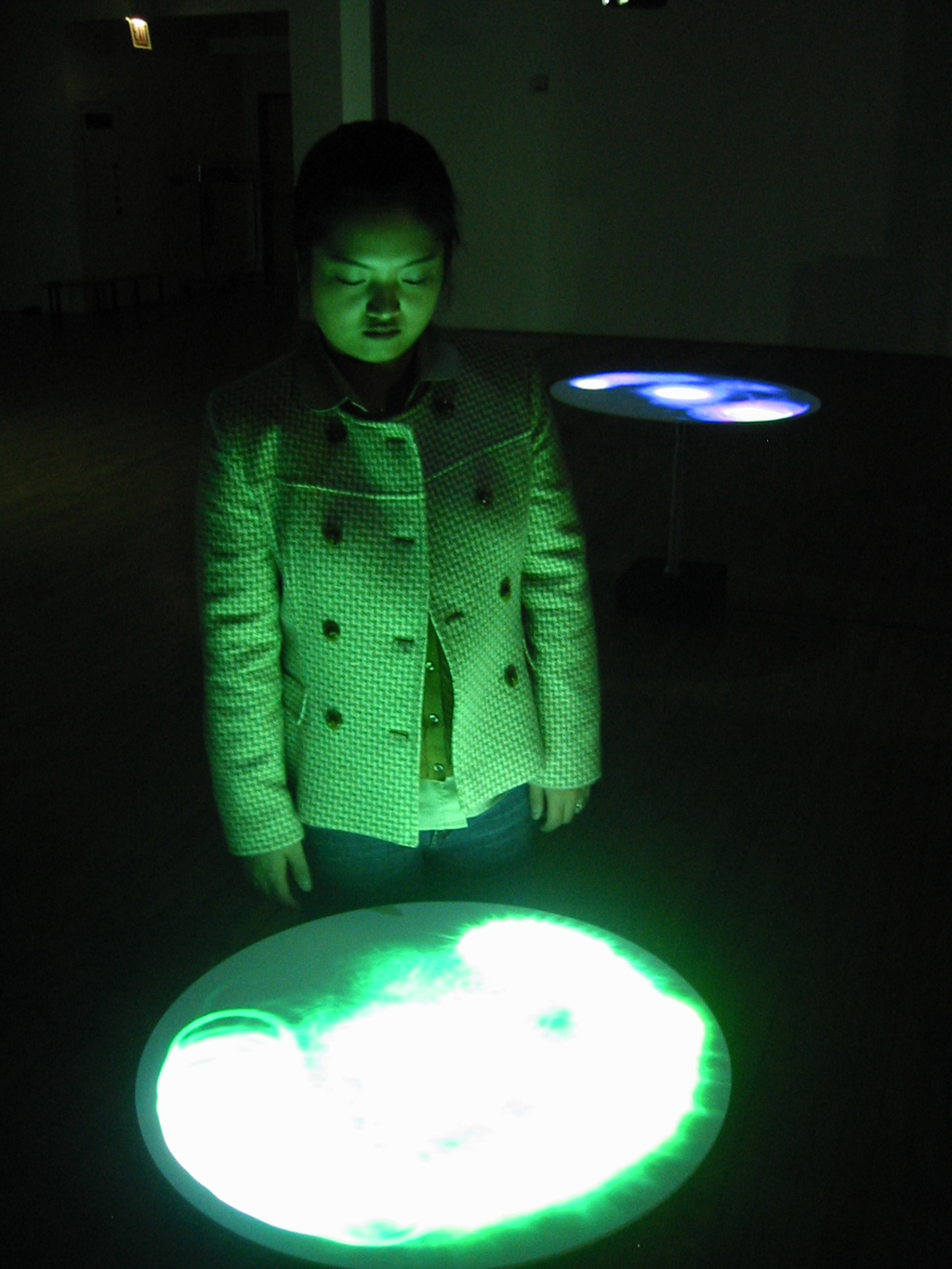 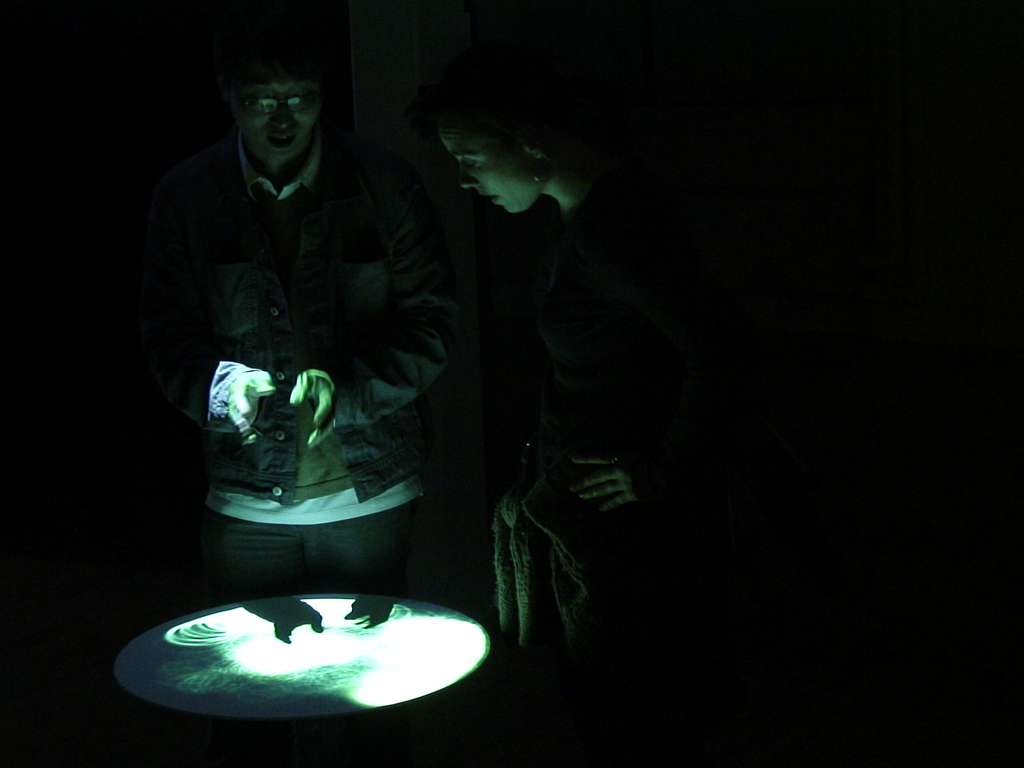 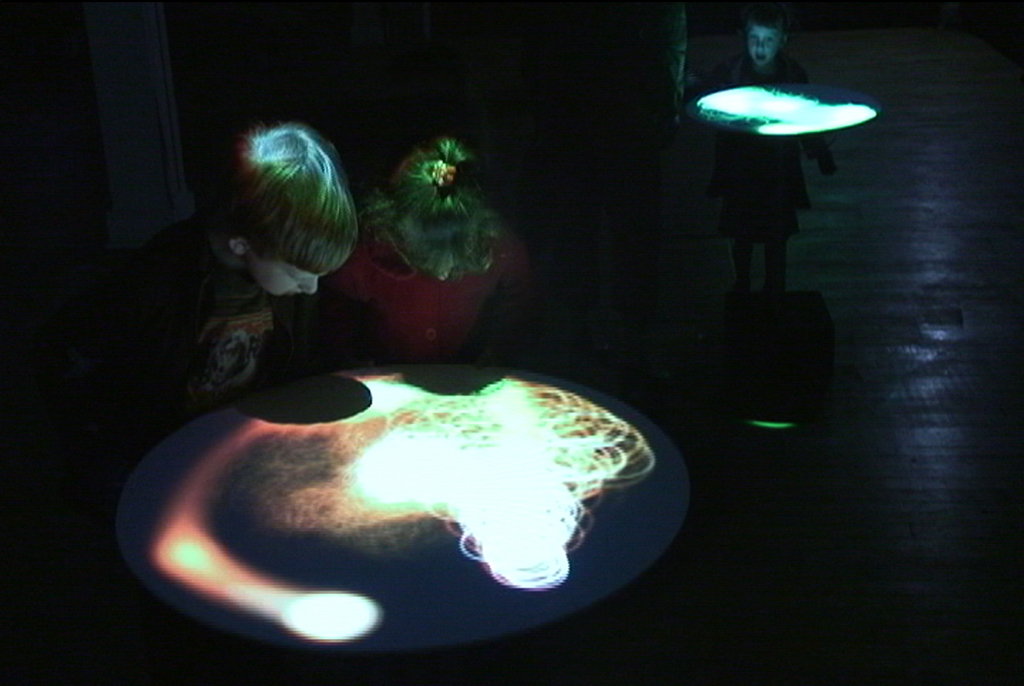 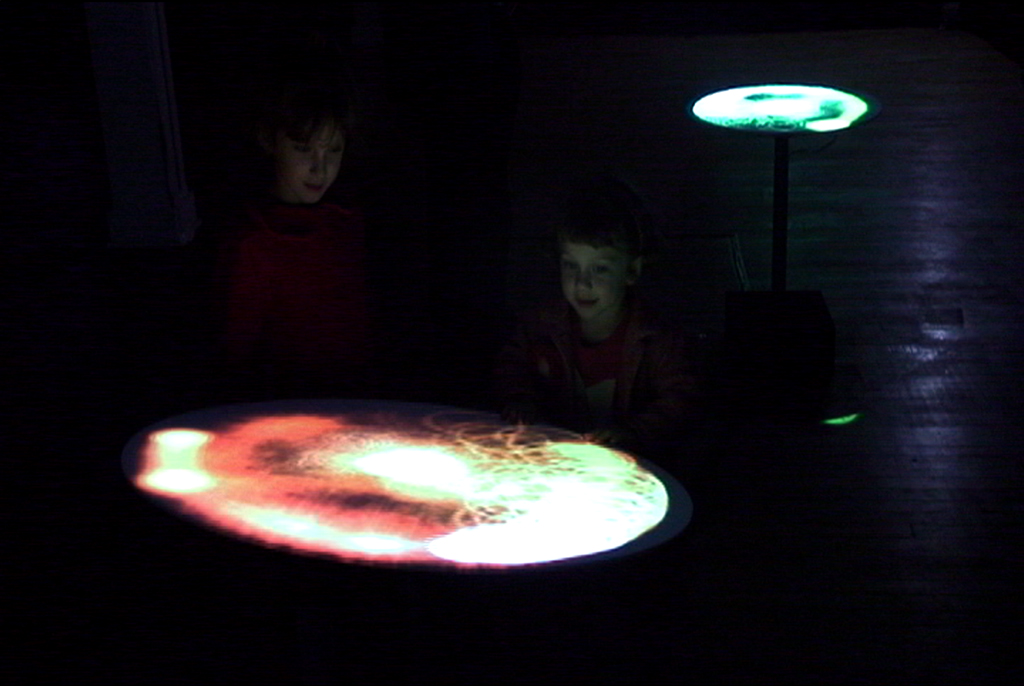 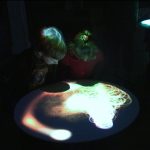